Bush Caractère is a very strong beer with an alcohol content of 12%. It is an amber-coloured beer with a mellow taste and wonderfully bitter. It has a fairly powerful sweet and sour taste. It develops rich aromas of nuts, caramel and bitter orange. Bush Caractère Refermentée is the conventional Bush Caractère refermented in 75 cl bottles, and this refermentation in the bottle provides a final blend of both the aromas, which are strengthened, and the flavours of the conventional Bush, which become fuller.

Bush Caractère is also suitable for use in cooking. However, because of its accentuated bitterness, Bush Caractère is suitable only for deglazing cooking juices or as a stock to keep red meat or powerful poultry dishes moist while they are cooking. In some cases, a little sugar may need to be used to counterbalance the residual bitterness.

One idea is to add a little Bush Caractère to some dark chocolate which you melt in, so as to aromatise the chocolate as it turns into liquid! 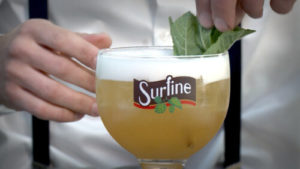 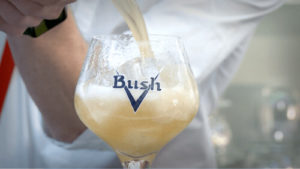